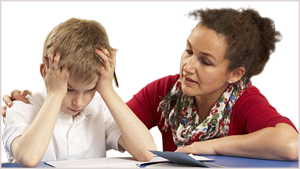 There has been a lot of debate surrounding this provision. The views of parents, guardians, health care professionals and charities have been voiced at many levels. Misinformation and misconceptions have been at the heart of most of the criticism levelled at the new provision. In reality, it is really just an enhancement of what already existed - the only real difference is, it enshrines the right to a Named Person in law.

The updated provision relies on the "Getting it right for Every Child" (GIRFEC) approach which improves the way services are delivered to children and young people. This approach has received welcome cross-party support in the Scottish Parliament and in local authorities.

Access to a Named Person is an entitlement for children and young people from birth to 18 years, or beyond if still in school. A form of the Named Person service is already operating across much of Scotland and this is planned to be available nationally by 31 August 2016.

What is a Named Person?

Health visitors or promoted teachers will be the Named Person for most children and young people. Integrating this role into their current practice will be very similar to what they already do in providing support and help, but it formalises their role as the main contact for children and families.

Identifying these professionals as a Named Person means that their organisations will have a duty to make sure they have the skills and support to enable them to consistently provide advice, information and help when it’s needed.

Some children and young people may have short-term difficulties, as a result of illness, bereavement or moving school, and some may live with challenges such as the effects of disability, or long-term conditions. While most will get all the help and support they need from their parents, wider family and community, sometimes they and their families may seek extra support.

What will a Named Person do?

The Named Person will be available to listen, advise and help a child or young person and their family, providing direct support or helping them to access other services. They can help families address their concerns early and prevent them becoming more serious.

They can also respond to requests for assistance from other services in situations where this may support the child’s or young person’s wellbeing.

A wide range of children’s charities and professionals working daily to support families across the country support the Named Person service.

The following additional information is from a document produced by Children in Scotland and expresses the views of a number of Academic and Professional bodies as well as Charities working in this area.

Children in Scotland and the organisations named below support the following points concerning the Named Person section (part 4) of the proposed Children and Young People (Scotland) Bill.

We urge all MSPs to continue to support GIRFEC and in particular, the principle of the Named Person at Stage 3 of the Children and Young People Bill.

Signed by Children in Scotland, and the following organisations:

Together (Scottish Alliance for Children’s Rights)