Where does Scotland get its money from? 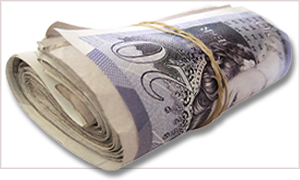 This is a video released by the Scottish Government (5th January 2016) that briefly explains the mechanism behind Scotland's funding from the UK Government.

This is a good introduction (although very brief) to the various components of the funding, who decides what sums are allocated and where that allocation should go.

The video begins with a reference to how the collected taxes are distributed via the Block Grant (roughly £30 Billion) and goes on to explain how this is derived via the Barnett Formula. Following on from this, there is an explanation of the various factors that influence the amount of money that is available and what areas these amounts will address.

The video is short and concise and as such, presents a useful introduction to this very important source of funding. We will have numerous in-depth articles and presentations on funding in the Knowledgebase in due course.