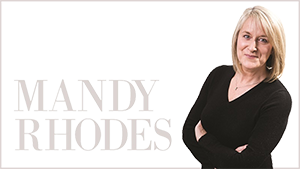 The interview appeared in Holyrood Magazine on the 19th May 2013. The final part of the interview is presented here, an extremely interesting section concerning his recollections (and truthful opinions) of the previous referendum of 1979, the McCrone report, oil and the recent referendum of 18th September 2014.

If only the 'Better Together' camp had adopted the same attitude... 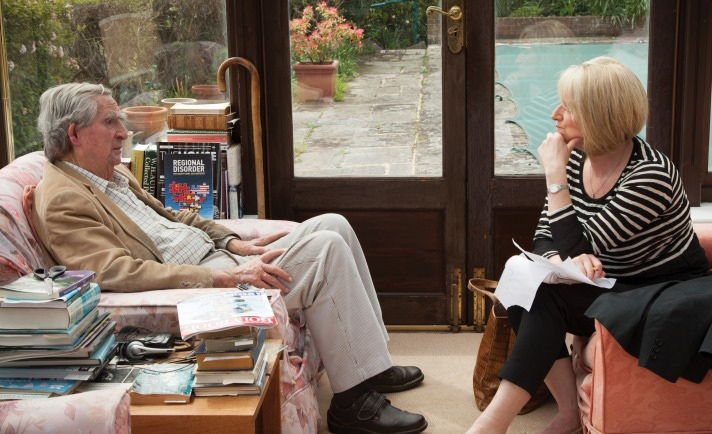 Note: The following text was written one year before the recent referendum.

"... my own view about Blair is that although he was very good in his first three years, the later years, with cash for peerages, Iraq and so on, were disastrous. I think he was on some kind of a mission, he certainly thought he was…" I tell Healey that his feelings about Blair are shared by our First Minister, Alex Salmond. He says he has never met Salmond but understands him to be "extremely able".

This leads us into a discussion about the 1979 referendum and the current one. He reveals a certain detachment from issues that don’t directly affect him. He says he relied on his Scottish colleagues, Helen Liddell, John Smith and his great friend and anti-devolutionist, Tam Dalyell, to inform his thinking around what he calls the ‘Scottish Question’ but is also, typically, pragmatic in his view that if Scots want independence then he sees no good reason why they should not get it. He says the rest of the UK has more to lose if that were to happen. He also says that he believes that had John Smith lived and become Prime Minister that might have satisfied the Scots on devolution matters and we would not be in the same position as we are now, facing a referendum on independence. He says that the value of oil to the UK is a prime motivation behind Westminster’s opposition to independence now and in the 1970s.

"I think we did underplay the value of the oil to the country because of the threat of nationalism but that was mainly down to Thatcher. We didn’t actually see the rewards from oil in my period in office because we were investing in the infrastructure rather than getting the returns and really, Thatcher wouldn’t have been able to carry out any of her policies without that additional 5 per cent on GDP from oil. Incredible good luck she had from that."

I ask Healey if he had considered establishing a sovereign wealth fund with the oil revenues to invest in the country’s future when he was in office. "It’s true that we should have invested the money in things we needed in Britain and I had thought about an oil fund, like in Norway but it wasn’t my responsibility by then."

I explain to him that the oil has become a controversial focus in the current referendum debate and wonder if he thinks Westminster is afraid of the consequences of independence.
"I think there are a lot of problems connected with it that haven’t been faced up to, either by Salmond or by the British and they are mainly to do with oil and the income it provides and yes, I think they [Westminster politicians] are concerned about Scotland taking the oil, I think they are worried stiff about it. "

"I think we would suffer enormously if the income from Scottish oil stopped but if the Scots want it [independence] they should have it and we would just need to adjust but I would think Scotland could survive perfectly well, economically, if it was independent. Yes, I would think so… with the oil."

I ask Healey what he thinks about claims that Scotland is subsidised by the rest of the UK given that Joel Barnett, he of the Barnett formula, was his deputy at the Treasury and worked out what share of the national income pot Scotland should receive. He says Scotland "pays its fair share" and that "these myths" are simply perpetuated by those that oppose independence. On Scotland keeping the pound, he says Scotland would gain but adds that so "would the rest of us" and he doesn’t see why Westminster could say the Scots couldn’t have it.

All in all, he is fairly matter-of-fact about the idea of independence and says that he considers it a "natural desire".

"Being of Irish origin, the idea of independence has always interested me," he says. "My father always thought he was an Ulsterman because he lived near Enniskillen but in fact, at that time, Ireland hadn’t been divided and he actually came from a little place which was actually in southern Ireland but he never realised that. Would Scotland being independent from the UK upset me? No, not really, why would it upset me, it’s a very natural desire, like the desire of the Irish, the Irish Catholics."

I ask him how he would vote if he could and he bats the question away for its clear inanity.
"You have to be a Scot to make that judgement, dear. The Scots are a distinct group of people and much more distinct than the Welsh, who are divided between those in the north and those in the south. Regardless of the result of the referendum, though, I don’t think the Scottish Question will ever go away."

On Europe, he says he would now vote to withdraw from the EU.
"I can see a lot in favour of coming out of Europe and the thing is that we did keep out of most of the European institutions but we still are interdependent because of the relationship and if we decided not to be part of the EU, I think that in many ways, we would gain from it.

"It is a confusing time but now I would vote in favour of leaving Europe. I think there are a lot of problems, particularly around money which so far have not been solved. I firstly don’t think the euro was a good idea because the trouble with Europe was it would never work well because of the olive line; north of the olive line, they pay their taxes and have some controls of their spending and south of the line, they don’t pay tax if they can avoid it and have no control of spending whatever, so [there’s] a disastrous situation developing in the Mediterranean countries."

He says that the biggest changes he has seen politically during his lifetime are the welcome end of the class system but also an alarming reduction in the numbers of people who vote.

I ask him if he finds age frustrating and he leans forward and ends the interview on the tone with which it started, stuck somewhere in a 1970s nudge, nudge, wink, wink, sitcom…
"I’m not frustrated at all, dear… there are some disadvantages but it was Rochester, I think, who wrote the poem: ‘Yet so much had the dismal charm affected that the Venus standard might not be erected…’"