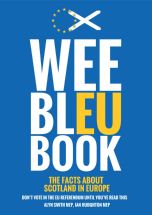 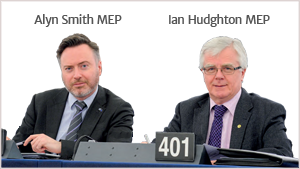 There is an understandable bias towards remaining in Europe - the MEP's are SNP members and advocate we remain in the EU. However, the information should be useful for those on both sides of the debate and so far, is the only accurate data to come forward.

The entire document can be read via the 'flip book' featured below. It works on every browser and mobile device - except for Internet Explorer which seems to have problems with the text quality and it refuses to properly open in full screen mode.

This link will open the flip book in a new window which can be maximised, improving the visual quality in IE: The Wee Bleu Book - Full Screen

You can view/save the original .pdf file here: The Wee Bleu Book pdf