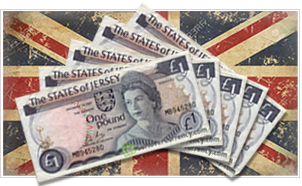 This is a fascinating (and alarming) account of how the British Elite (the "Establishment") control vast amounts of global wealth in complete secrecy.

The recent release of "The Panama Papers" (by a whistle-blower working within the system) exposed financial dealings of epic proportions. The data leak should have meant far-reaching consequences for private investors, corporations and organised crime, yet very few have faced any scrutiny thus far.

This demonstrates the power of those who control the system - and also demonstrates how far beyond reproach they appear to be.

The EU are about to introduce new laws to curb tax avoidance and tax evasion. This would have a clear impact on the financial freedoms enjoyed by those who are part of the off-shore culture. Since the UK is a member of the EU and would have to comply with EU law, the crucial secrecy surrounding the off-shore economy would face demands for transparency and accountability.

Could this be the REAL reason behind the reckless and unwavering desire to see Britain exit the EU?  It may sound far-fetched, but watch this documentary and you may have to think again.

With a National Debt of £2 Trillion (and rising), an economy that seems to manufacture relatively small amounts of goods and concentrates on the financial services of "The City" (that would be the City of London to be exact) - where does the UK get all it's funding from?

Surely an exit from a 500 Million strong consumer market on your door-step would be financial suicide?

A word from Michael Oswald:

This production was created with just £4,000.

I make independent, investigative documentaries in a narrative style that challenge power and make important ideas and under-reported events accessible to a wider audience.

The documentary currently in production is titled The End of Democracy: The Rise of the Corporate State (2019), John Christensen who was a co-producer on The Spider's Web is my collaborator.

Sponsor the next film on Patreon: https://www.patreon.com/independentdocumentary