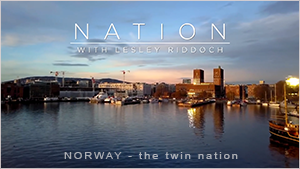 This production is the third in a series of documentaries that examine the fortunes of our Nordic neighbours. The ambition of the series is to demonstrate how other small nations have addressed their desire to be independent, working in harmony with like-minded nations in the region.