Some Taxing Questions about GERS 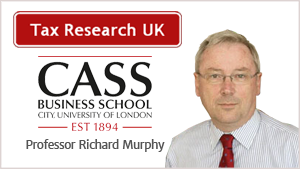 Richard Murphy (58) is a chartered accountant and a political economist.

He has been described by the Guardian newspaper as an “anti-poverty campaigner and tax expert”. He is Professor of Practice in International Political Economy at City University, London and Director of Tax Research UK. He is a non-executive director of Cambridge Econometrics.

In this article, Richard examines the myth that Scotland has a weak economy and explores the validity of the figures used in Government Expenditures and Revenues in Scotland (GERS) estimations.

The claim of a weak Scottish economy is based on four figures.

The first is Scottish GDP, the second is Scottish tax revenues, the third is Scottish government spending and the last is the Scottish balance of payments (imports v exports). My contention is simple: all four may be seriously misstated, in which case, to base debate on them would be a serious mistake.

Essentialy, there simply isn’t enough data to reliably estimate Scottish GDP. We have no figures for where sales take place in the UK, for example. VAT returns are an utterly unreliable source for this: a UK company does not submit data separately on sales in Scotland from elsewhere. The same is largely true on spending. So forget Scottish GDP data: we just don’t know what it is.

Then there are tax revenues. That VAT point still stands, and the truth is, Scottish Revenue are struggling to be sure who is resident in Scotland - whilst on Corporation Tax there is no way of knowing where revenues are earned at present, and so on.

So we come to spending. The allocation of government spending to Scotland will be arbitrary: how much defence should it pay for? or the value of interest payments? or what should Scotland contribute to Diplomatic expenses, etc, etc. These arbitrary areas will be too great for this number to really be reliable.

In which case what of Scottish imports and exports? Let’s be blunt: no one has a clue what crosses the borders from Scotland to England and Northern Ireland. These numbers are literally made up in that case.

So there are two further issues, both serious. One is that Westminster could pretty much manipulate this data at will, and two, nothing will be the same if Scotland leaves the UK: a government of an independent Scotland will have a very different structure to that imposed now.

My point? Simply this: if there is to be meaningful debate on this issue then the SNP have a lot of work to do to produce the best possible data. The last thing they should do is trust that which comes from London.

I am well aware that the Scottish government publishes GERS – Government Expenditures and Revenues Scotland. And I know this is compiled in Scotland, but it is compiled on the basis of estimates - it has to be - nobody declares data for Scottish sales or Scottish profits.

Revenue Scotland is not sure who Scottish taxpayers should be – and has struggled on such a basic issue - and there is no data on trade flows across the Scottish or Northern Ireland borders because none is required. There is no Customs post in Carlisle. In which case the data is just estimates based on surveys that could be wholly misleading and as a result is approximations for the UK as a whole, adjusted for oil, which may overstate the impact of oil as a result.

The real result may be better or worse than GERS says. I am not suggesting otherwise. What I am saying is, better data is needed because all we have are some estimates that might be wholly misleading but which are going to be treated as fact.

If you doubt me this comes from the GERS homepage:

"The primary objective is to estimate a set of public sector accounts for Scotland through detailed analysis of official UK and Scottish Government finance statistics. GERS estimates the contribution of revenue raised in Scotland toward the goods and services provided for the benefit of the people of Scotland."

So how is the GERS estimate derived?

As far as I can tell, two (local authority income and, maybe, the estimate of Scottish oil revenues) are definitely calculated in Scotland, and the latter is an estimate, not a fact, which is pretty significant in this case.

Another three or four minor ones (car tax, aggregates levy, airport taxes) are likely to be locally accurate.

The remainder (which is the vast majority) are figures supplied by Westminster linked organisations. If anyone suggests this data was made in Scotland they are deluding themselves - whatever else might appropriately be described as such, this data is not.

How reliable is this data?

As to NIC, nothing requires an employer in Scotland or England to say where their employees are located. The fact the NIC is paid from a particular address is neither here nor there: it may give a hint. It is just as likely not to do so.

The same is true for VAT. Scottish VAT is declared on whole of UK VAT returns: nobody knows how much is due for Scotland. It’s guesswork based in a consumer survey. Now just imagine for a moment that company accounts were based on extrapolated consumer surveys to work out how much people might have spent with the company instead of using the accounting records and consider, which is better, and you get my point. A distinctly poor option is being used.

Lastly, there isn’t a person on earth who knows how much profit is declared in Scotland. I suspect that not a single company that straddles the border knows this either - and why should they? - right now, the data is meaningless. In that case no one has a clue what Scottish corporation tax owing should be.

So the resulting figures are estimates that I would suggest are subject to an enormous degree of uncertainty.

As I tell my students when I teach them about data quality (and I do on my course at City, University of London) some data is crap. That's a technical term - it stands for Completely Rubbish AProximations.

This data meets that criteria - and it could easily be manipulated (heaven forbid that such a thing has ever happened!!!).

These estimates are based on some very approximate data - the generation of which, Scotland does not control for the most part. These approximations are meaningless within the UK environment (although there is no shortage of pointing fingers at Scotland's apparent economic failure based on them).

The worst abuse of the data is where the estimates are used to predict whether or not Scotland would run a surplus or deficit post independence when just about everything, including the data, would be completely different.